In recent years, I’ve built many React Native mobile apps and React front-end apps. I kinda like the idea of React component, it’s really nice you have a clean interface for UI views and make them pretty predictable and reusable. Besides React, the most exciting thing I’ve learned from the community is actually Storybooks. I think it’s a game changer and the same idea can be also applied to native iOS development and other UI-based apps, and it can boost development productivity greatly and also bring many other great benefits.

With the great experience of using Storybooks in mind, I started building a personal native iOS project with the same idea, and found it really boosts the development productivity by an order of magnitude. Since for native iOS app or other apps, it’s not really using Storybooks, but just with a similar idea, so I come up with a name Showcase-driven Development. Today I would like to share the idea and my experience about building mobile apps with Showcase-driven development. 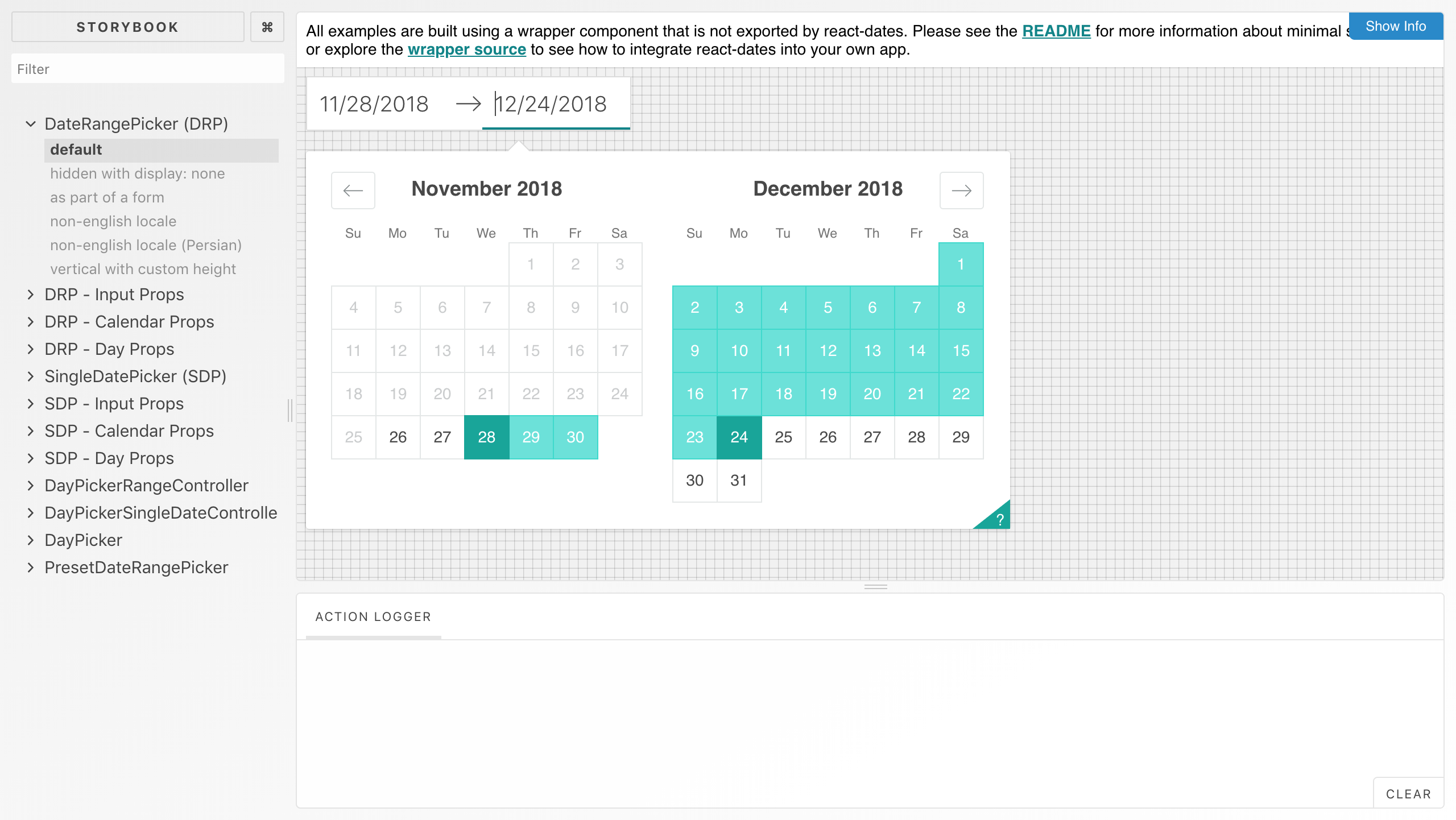 You can also try the component yourself out here

Showcase-driven development means, to build the app UI with view components first, make the interactable UI view listed in an app built for showcase. Then later on integrate with business logic with these component into the real app. It’s not just using a showcase app, it’s more like a new kind of workflow, much more like Test-driven development or Behavior-driven development. Let’s call it SDD for short.

Why SDD is such a good idea?

Let’s see what benefits SDD brings for us

Building UI relative apps is always time consuming, as it often requires intensive cycles of modifying and seeing if it looks and interacts as expected. The problem for building UI is, unlike data processing or business logic, there’s no easy right answer to expect, even if the UI is working, doesn’t necessary mean it’s optimal from user experience and visual design perspective. So there’s always a room for improvement. For some complex UI, even to get to a usable state could take long time. And as there’s no right output to expect, automatic testing couldn’t help at all.

To make things worser, the testing part for UI is usually not straightforward. The path for testing could be long. In many cases, you will need to repeat a certain set of steps to get to the point where you can touch and interact with the developing UI view. For example, like this

It ends up like paying tax for every single tiny modification you make, the longer the path to get to the point where you can touch the view, the more time you waste in these unnecessary steps.

And yet again, this is not the worst case, for some situations, you will even need to also work on the backend side, to prepare the data or configurations to enable you to test this single silly button change. It could be more like this

In the worst scenarios, it may take something like 10 minutes or more to just test a little bit of change. Since it takes too long time and too painful to do tiny changes, developers usually end up settling down with poor UI / UX design.

With showcase app, things are different. As the whole app is designed for demonstrating the UI, the turnaround time can be reducded down to minimum. The workflow will be more just like this

For front-end web or React Native development, the React and other communities have some cool technology like hot loader which allows code changes to be monitored and updated live automatically for you. This cuts down the turnaround even down to just be something like this

With native iOS app or Android app, I am not sure if there is similar hot reloading technology, but even there’s no such thing, rebuilding the showcase app and launching it is still way better than going through lengthly testing path. In the long term, the tax saving for testing could be tremendous!

It’s easier to work with designer

As a software engineer, we usually seeing things only from our own perspective. Setup the app, modify the code, run the app and see what’s changed is part of our daily job, we take this for granted. However, for designers, it’s not their job to be able to do this. As a result, to build great UI / UX, it usually always requires designer to sit down with a software engineer to be able to introduce any minor change to the UI.

With SDD, as all the UI are built as components and presented in the showcase app, it basically removes the barriers for design people on the team to do minor UI tweaks without or at least requires only minimum engineer’s help.

We all know working on the same UI project with multiple people concurrently could be challenging. When building the UI directly into the app, it’s very common that you will run into situations where one view depends on another view. Without the previous view done, there’s no way you can get to the next view and build it. It’s like building a house with only a second floor but not building the first floor first. It’s also very easy to step on each other’s toe with your teammates.

Moreover, building UI in this kind of approach usually requires knowing the business logic, as you need to make the app really works so that you can build the UI and views on top of it. This makes it harder for a team to work on the same project. Junior team members won’t be able to build simple UI view without the help from the senior folks if they cannot handle the business logic independently.

The real game changer for using SDD is, it makes building one huge UI project with different people in charge of different components easier. Since with SDD it enables building one single view component without relying on other views or business logic, the developer can now focus on build just the view itself without worrying too much about the context. This is extremely helpful for scaling productivity up by distributing workload to different people in the same time with view components as the workload unit. You can even outsource these components to contractors to speed up the progress.

Despite using SDD means you can distribue workload easily to different people, it actually also comes with an implication. You will need to have all your design ready and make them accessible to all your developers. Fortunately nowadays there’s tool like Zeplin for that.

From Introducing Zeplin 2.0 — Components and a ton more goodies

Building a large complex UI project is not easy, and the architecture of app can only be really well structured otherwise it will be a mess quickly and the team will be suffering from endless whack-a-mole style debugging hell. Very often people adopt design patterns like MVC or MVVM as the architecture of the app. In recent years, MVVM seems to be a pretty popular choice. With the idea of SDD, it makes MVVM an even better choice, since now View is pretty dump, ideally it knows nothing but just the View Model. With good abstraction of the View Model, we can showcase the view easily in the showcase app with mock View Model. In other words, to build components for showcase in the app, the View Model abstraction needs to be good. So yet another benefit you got from using SDD is good View Model abstraction can be enforced.

Basically, it’s a simple iOS app as an additional target in your Xcode project. It has a UINavigationController as the root view controller, and a simple UITableViewController which lists all the showcases. To keep it short, here’s some takeaways:

For more about using MVVM for iOS, you can refernece to my another article MVVM with ReactiveCocoa 4 - Why and How (part 1).

As you can see in the demo video, the swipe action I built requires a crazy tons of tweaking, and you can imagine if I don’t use SDD, how much time it could waste in just going through the testing steps here. With SDD, I can cut the tweaking turnaround time down to somewhere like 10 seconds. With this, I can try many different things rapidly. The quality of my app then could be really high, as all these details are really well polished. There are also many cool React and React Natvie stuff I built at my previous company Envoy, but as that’s not my personal project I won’t be able to share with you here. From what I’ve learned, SDD really changes the way of building app fundamentally in a positive way. If you’re like me enjoy polishing details down the pixel level, thinking about boosting productivity down to second level, SDD if definitely something your team should try.