A while back, my mouse Logitech G502 LIGHTSPEED started malfunctioning. It seems to be the infamous double click issue. It registers double click randomly, which was very annoying and renders the mouse completely unusable. I got my replacement from Logitech quickly after contacting their customer support since it was still in the warranty period. After my new mouse arrived, I could throw away the broken one and enjoy the new one and then end the story here, but it seems silly to throw the whole mouse away as the only broken component is the micro switch.

We live in a world where electronic devices are expected to be extremely cheap, serve only a short period, and then be replaced with better, faster, and newer ones later. While we enjoy the exciting moment of unboxing new gadgets, at the same time, we feel guilty about making e-waste from throwing the old devices away. I love this mouse. I really do. It was one of the best I’ve ever used. But it’s a shame that it wasn’t built for lasting. I am an engineer, a software one, but well, my job is to build stuff and fix stuff. Why not I just fix it myself? 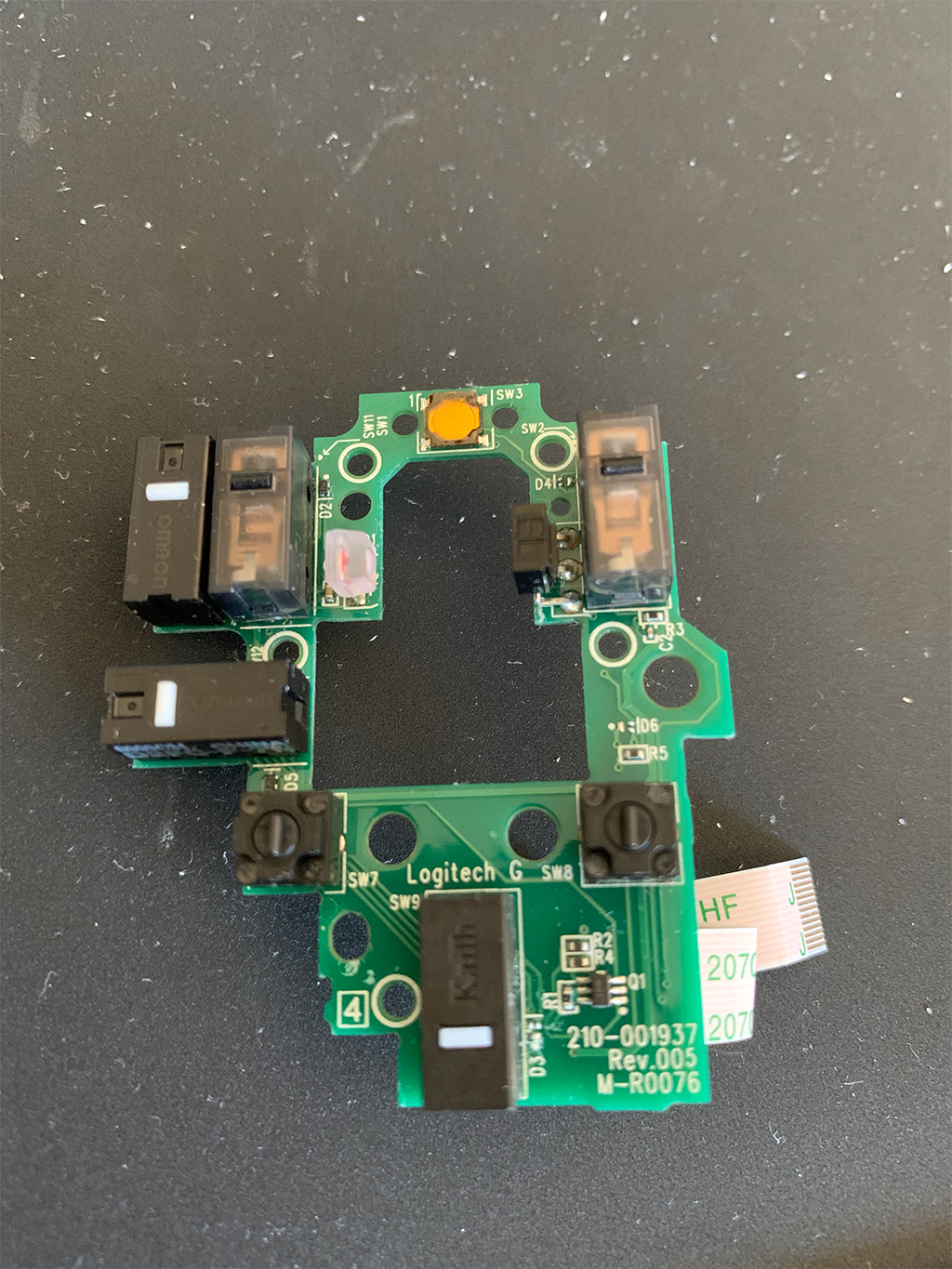 So I did. I found a guide that shows you how to tear down the mouse step by step and eventually install the new micro switches. I purchased the most long-lasting micro switches I can find on the market, which is Kailh GM 8.0 Mouse Switch. The claimed life span is 80 million clicks. Hopefully, they live up to what they claimed 😅 I also purchased equipment for soldering. 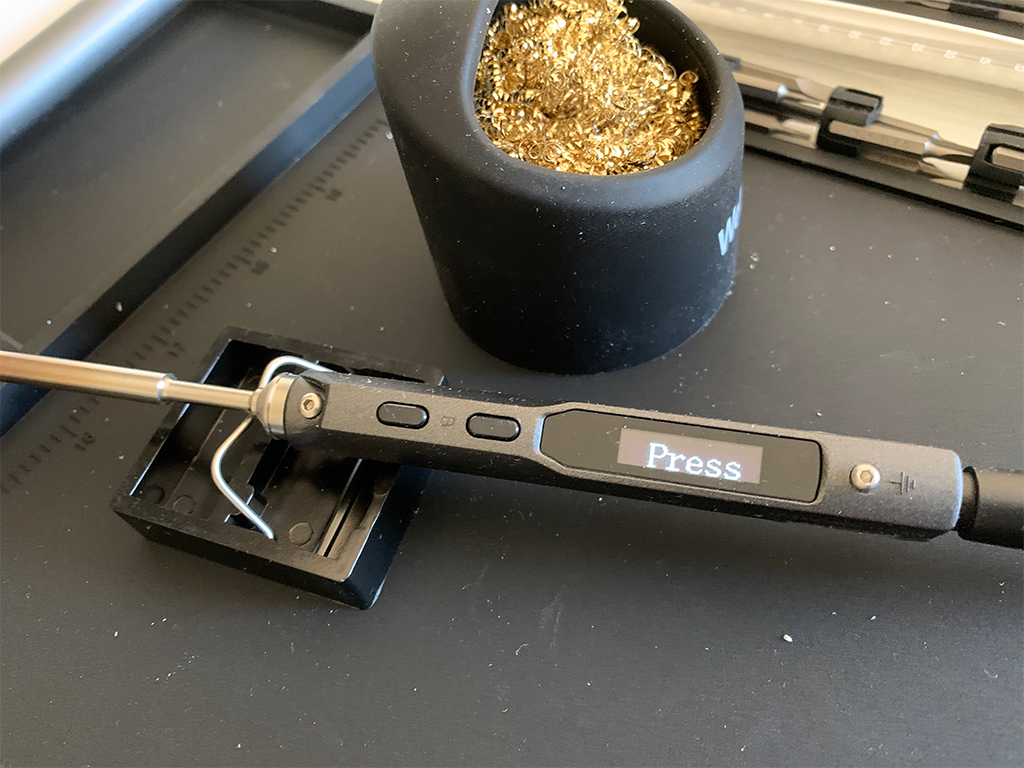 Repairing is not easy, and maybe that’s about to change

Oh boy, if I say repairing this mouse is easy, I would be lying. It was very challenging, at least for me, particularly the desoldering micro switch part. I don’t think Logitech made it harder to fix on purpose, but they probably just didn’t expect people to fix the mouse either. Considering my time spent and the investment in equipment, buying a new one is definitely a cheaper option. Regardless, I enjoy the process and the outcome. At least with long-lasting micro switches, I can enjoy using it without worrying it breaks again anytime soon (hopefully).

Not only this mouse, I often found repairing electronic devices difficult. Such as my old Macbook Pro, replacing a dead battery is hard as it’s glued on the chassis. I realized that if you poke a hole on the battery by accident to remove it from the chassis, toxic gas from the battery could be released, and the whole building may need to be evacuated. We all know most manufacturers only make money when a new product is purchased, so it’s not surprising that they are not a fan of making products long-lasting or even repairable. But maybe that’s about to change.

Unlike most manufacturers of electronic devices, Framework Computer is taking a very different approach to make a laptop. I found it from a Youtube tech channel - LTT. They made modular designs for the components used in the computer so that if any one of them failed or needed to be upgraded, they could be replaced easily. They print QR code links to a very detailed step-by-step guide for repairing each component so that you can follow them effortlessly. I really love the concept and design, so I purchased one. 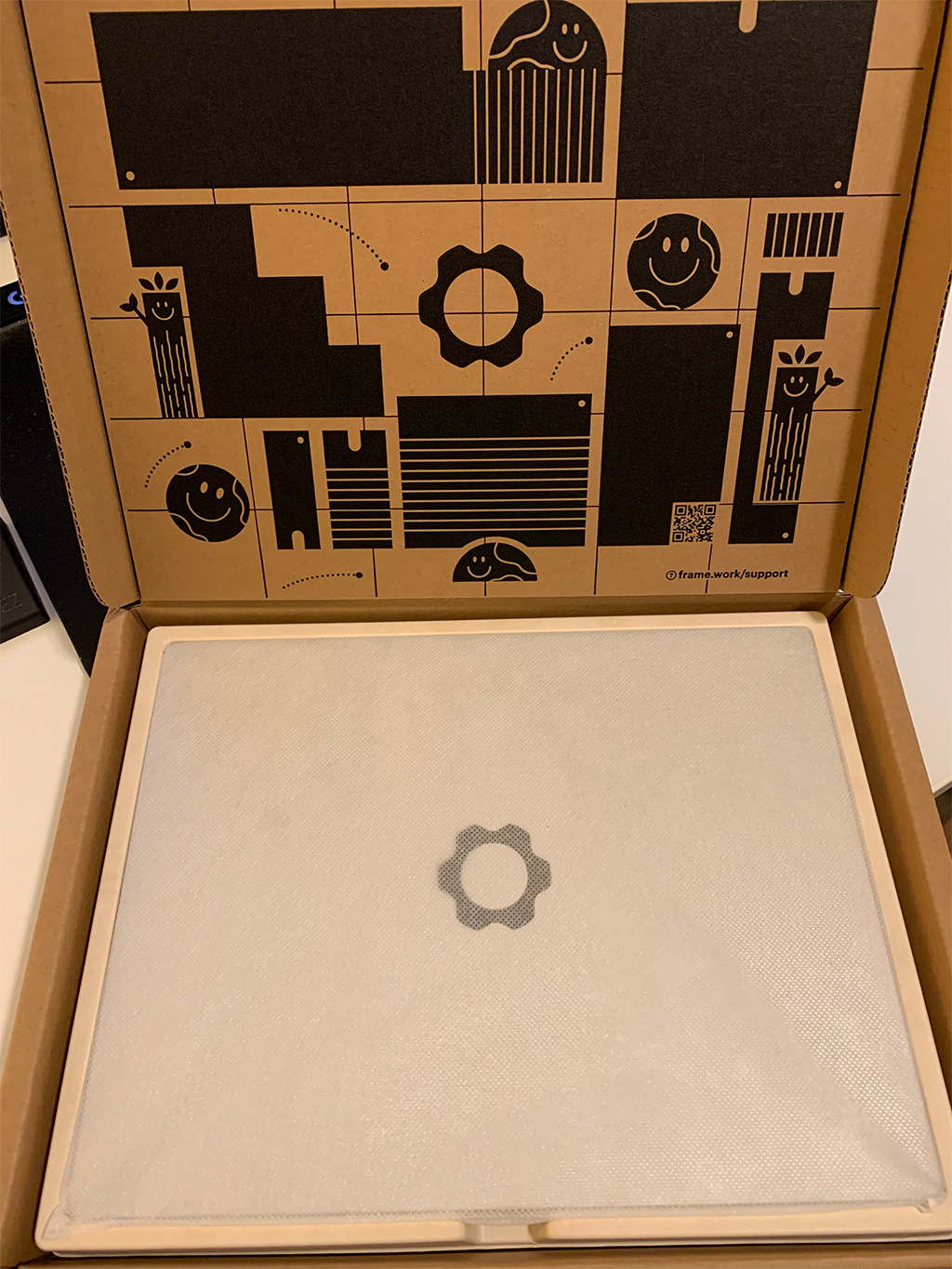 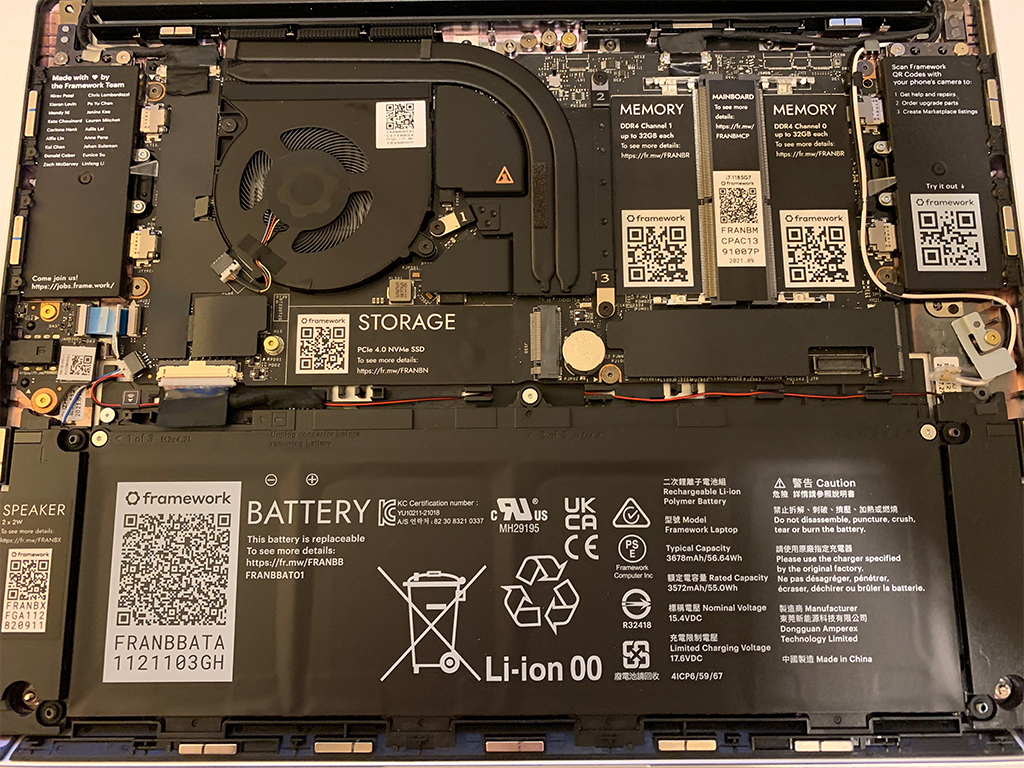 Isn’t it beautiful? 😍 It looks good internally and serves well as a machine with repairability as part of its core design principle. I am not an environmentalist, and I don’t want to pretend to be one. But hey, just as an ordinary software engineer happens to be a frequent consumer of electronic devices, I really love to see more options to buy products that are built for lasting and repairability in mind. Most of the time, I just enjoy using this one, not always the newer one. Certainly, it won’t be easy for manufacturers to adopt this approach, but Framework has proven it possible, and many customers indeed want a laptop like this. A few big companies are saying they are moving in this direction. Such as, Apple announced a self-service repair program, and Dell showed off their repairable laptop concept. Do they really meant it or not is yet to be determined.

Nowadays, it’s harder and harder to make a hardware product that differentiates from your competitors. Making your product repairable could be a new way. Such as, hey, Logitech maybe can make the micro switch pluggable instead of soldered on the board. Then the customers can replace the broken switches or change them for a different purpose, such as gaming. Call me naive if you want, but I hope repairable will be the future.

PS: I purchase all the stuff by myself, not sponsored 😛

This article is sponsored by nobody by myself 🤣

You know you want to be a topnotch software engineer, but you know it's never easy to get there. From time to time, you feel lost and don't know what to do. This is what you are looking for, a guide from ground up to top level based on twenty years intensive programming experience.