Bugbuzz is an online debugger, one of my pet projects. What I wanted to provide is kind of really easy-to-use debugging experience, I envisioned the debugging with it should be like dropping one line as what you usuallly do with ipdb or pdb.

You can do it anywhere, no matter it’s on your Macbook or it’s on server. Then there comes a fancy Ember.js based online debugging UI. 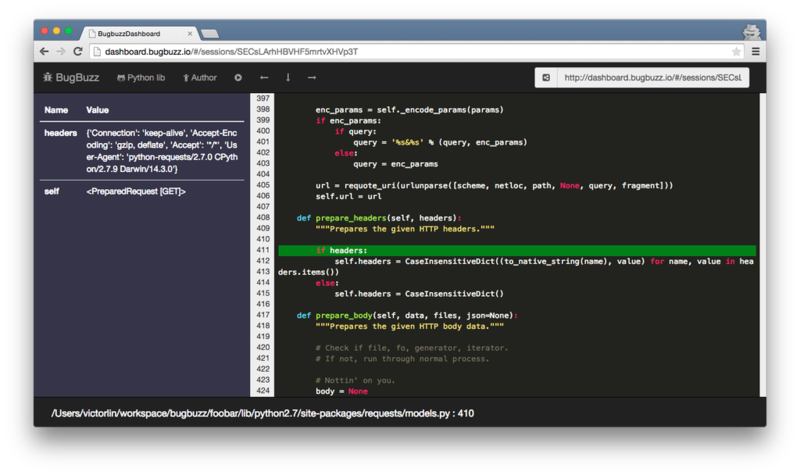 Provision with Ansible from inside Docker

There are many deployment tools, such as Puppet, Chef and Salt Stack, most of them are all pull-based. Which means, when you deploy to a machine, the provisioning code will be downloaded to the target machine and run locally. Unlike many others, Ansible is a push-based deployment tool, instead of pulling code, it pushes SSH commands to the target machine. It’s great to have push-based approach in many situations. For example, you don’t need to install Ansible runtimes on the target machine, you can simply provision it. However, there are also shortcomings of this approach. Say if you want to provision EC2 instances in an AWS auto-scaling group, you don’t know when a new instance will be launched, and when it happens, it needs to be provisioned immediately. In this case, Ansible’s pushing approach is not that useful, since you need to provision the target machine on demand.

There are many ways to solve that problem, namely, to run Ansible provisioning code in a pulling manner.

Docker is something really hot recently. It allows you to run your software with linux container easily. It’s actually kind of OS level isolation rather than hardware simulation nor kernel simulation. So you won’t have too much performance penalty but still have pretty nice virtual machine features. I really like the analog used by Docker community, shipping software should be easier and Docker serves as just like the standard container in shipping industry.